Thank you very much for requesting this Independent Medical Examination (in Neurology) for Jane. This was performed by me, in my offices, on 9/29/17 in the presence of her husband.

Various medical records are available for my review including: 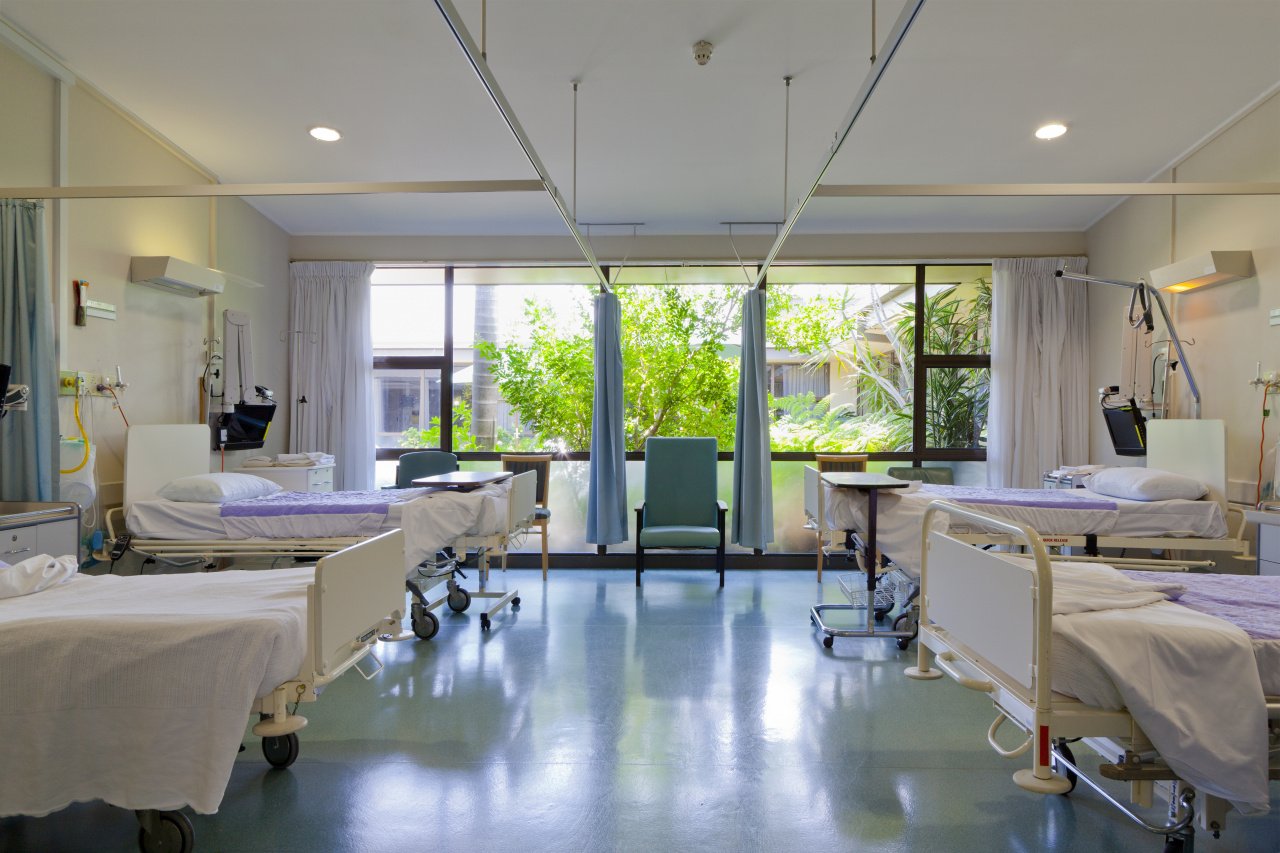 History of Illness According to the Patient:

This is a 64-year-old right-handed married woman has two daughters ages 34 and 33. She studied an education in history but worked in international securities underwriting.

Her past medical history is significant for hypertension, high cholesterol, and ASHD. She is maintained on Metoprolol (25 mg), Norvasc (10 mg), Lipitor (80), and Plavix (75 mg). She has been followed by her primary care physician, Dr. (in Wayne, New Jersey) since 1999.

She has a history of episodic headers since her 30’s. These would occur 2-3 times a month and were bifrontal pressing headaches without associated symptoms. They did not require treatment.

History of Illness According to the Patient:

This patient was involved in an altercation on 5/23/14. At that time her husband was involved in a discussion about a neighbor’s trespassing when the patient tried to intervene. She was grabbed by her hair and pushed face down onto the ground. He then pounded her face down at least 3 times.  The assailant released her when she bit his arm. She believes she made had brief loss of consciousness after the blows. When she was released, she crawled and walked to the house to call 911. Later, she saw blood dripping down her face when she saw the pictures.

The patient was transported by ambulance in a spinal board with a neck brace to the Hospital in Wayne, New Jersey. There, she complained of headache, neck pain and everything hurting from the neck on up.  She was concerned about her brain because of the previous TBI. Blood studies, x-rays, and C.T. Scan of the head/or neck were performed. The patient was discharged from the emergency room.

Later, she was stunned and upset with complaints of pressing headaches above her eyes and around the head. She had pain on “two sides of the neck”.

After the event she saw her primary care doctor and had MRI scans of the head and neck. She was referred to a neurologist, who had followed since 2012 to 2013 for headaches.

Since that time her problems include:

1. Persistent headaches. These occur approximately twice a week but can last up to 2 days. They can be present in the morning upon awakening or occur during the day without warning. They begin as “throbbing” over the neck predominately and occasionally over both temples of at the vertex. The headaches are associated with nausea, photophobia, phonophobia and worsening with movement. (kinesiophobia).  When she gets the headaches, she must rest in a dark room with her eyes closed. For the headaches she was given Topiramate in doses of 25 mg each morning and 50 mg. each night. This medication made her sleepy. She took it from a couple of months and discontinued it.She has had a series of MRI scans of the brain. These were performed on 3/11/14, 5/30/14, 12/21/14 and 9/11/17.

2. Episodic dizziness. This is described as the room spinning. It is associated with the growling tinnitus and decreased hearing (right more than left). The dizziness can occur with the headaches or in isolation. For the dizziness she was prescribed Meclizine to be taken as needed.  She was told to take it every eight hours. The dizziness occurs about twice a month. She believes she saw an ENT surgeon in evaluation.

3.Her neck continues to hurt. There is no radiation of paint into the arms.  Occasionally, the neck pain does spread towards both shoulders. She sleeps on a wedge pillow.

4.Although there are no complaints of low back pain the patient does have pain in her legs. This began just prior to her daughter’s wedding in the right leg. At night, and during the day with prolonged sitting, the patient develops sharp shooting pain behind her knee, which improves with walking. It is particularly severe on long car rides.

5. Since the accident the patient believes she has had increasing difficulty with word finding and recall. Particularly, she has difficulty with names and finds her speech hesitant. 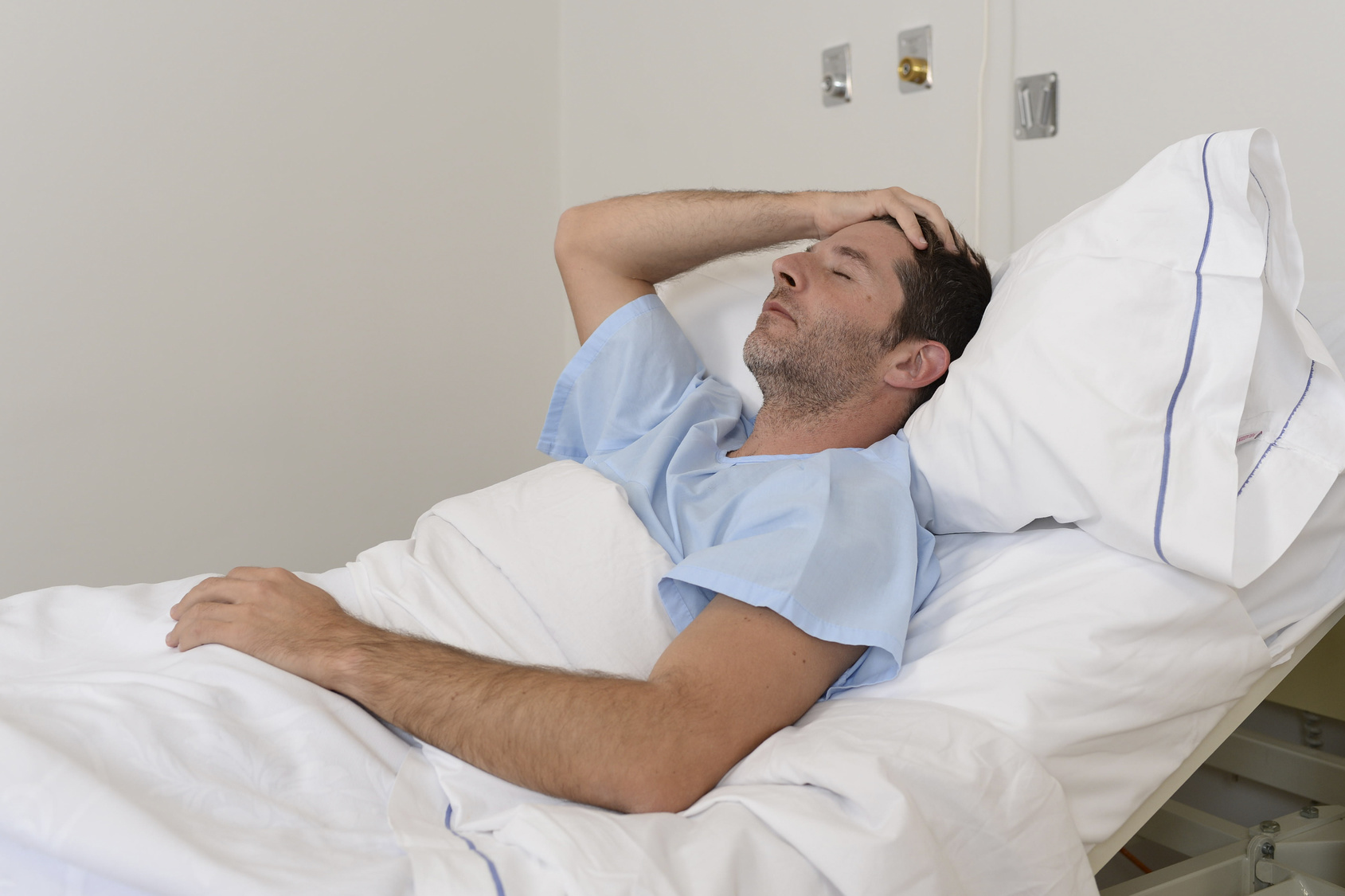 Significant for urinary and fecal urgency and occasionally incontinence.  She notes the she sometimes can’t make it to the bathroom on time.

The patient gives a detailed history and has normal mental status and speech. Cranial nerves: Significant for reduced hearing. Extraocular movements are full but there are a few beats of conjugate, horizontal, nystagmus on left gaze. Hearing is reduced on the right side, but the Weber lateralizes to the right.

Motor: No drift or tremor. Formal muscle testing reveals normal strength throughout. Upper extremity reflexes are brisk with spread from biceps to finger flexors. Knee jerks are normal and symmetrical. The right ankle jerk is reduced as compared to the that on the left. The toes are down going. Coordination: Finger-to -nose testing is significant for bilateral pass pointing but no dysmetria or dystaxia. Sensation: Vibration is reduced in the feet although Romberg is negative. Pinprick is reduced over the palmar aspect of digit II on the right. Gait: Slightly wide based.

4. Possible S1 radiculopathy on the right

The only medical record antedating the even in question is the report of the cervical MRI scan showing multilevel cervical disk desiccation with decreased disk space height at C5-C6. Bulging disks are seen at C3-C4 and C4-C5. At C5-C6 there is an annular bulge with spondylitic changes resulting in thecal sac compression and pressure affect on the cervical cord. A bulging disk is seen at C6-C7 as well. There are no medical records found from the primary care doctor.

The history obtained by Dr. includes the prior motor vehicle accident of 2004 resulting in mild traumatic brain injury. The patient had headaches as well as dizziness since that time. The dizziness was described as spinning sensation exacerbated by head movements. She denied prior gain unsteadiness.

Two weeks prior to the consultation the patient was assaulted by her neighbor including head trauma and loss of consciousness. Since then the patient was experiencing headache and neck pain. The patient had C.T. scan of the head, which was remarkable as well as C.T. scan of the cervical spine showing degenerative spine disease and stenosis, Dr. noted that the patient subsequently had MRI of the cervical spine revealing a herniated disk at C5-C6 causing compression of the spinal cord and spinal cord edema.

She suffered head trauma on 5/23/14 resulting in exacerbation of prior headaches, which have persisted.

In addition, she has had persistent vertigo based on post-traumatic labyrinthitis.

She has suffered exacerbation of cervical spondylosis with spinal cord injury at C5-C6 with residual cervical myelopathy. The records indicate that she may require spinal surgery C5-C6 anterior cervical discectomy and fusion in the future.

Finally, she has suffered S1 radiculopathy on the right.

I make these conclusions within a reasonable degree of medical certainty.

All of these diagnoses are supported by the history obtained by me, abnormalities on the neurological examination described above and the available medical records.

If you have any questions, or if I can be of further assistance, please do no hesitate to contact me.

I hereby affirm that I am a physician duly licensed to practice in the state of New York and that, pursuant to CPLR Section 2106, under the penalty of perjury, the statements contained herein are true and accurate.

For more information about our neurology expert witness services, please contact Reliable Clinical Experts at (855) 963-3625 or visit our website.